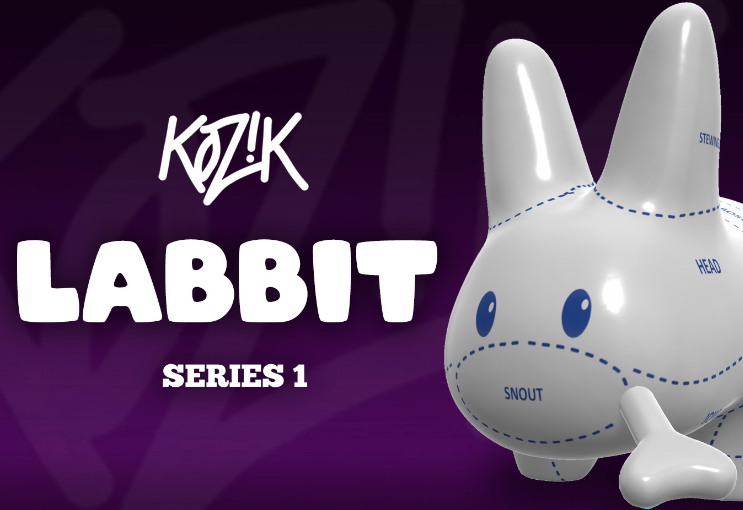 Twas the night before the drop, when all through the Clubhouse, everyone was stirring, even a Labbit. Okay, it’s not the holidays and that was awful, but it works right? The NFT Catcher team and the VeVe Collectibles Community just wrapped up an epic Clubhouse room, featuring the man of the hour, Frank Kozik. Also, in attendance, were little known VeVe celebrities David Yu, Dan Crothers, and Rhys Skellern. It was a morning / afternoon / late night (depending on where you are) full of laughs, speculation, and hype, all leading up to Thursday’s drop, featuring the invasion of the Labbits.

Once again, VeVe is welcoming an iconic artist to its ever-growing roster. A revivalist in the rock poster industry, an innovator in the vinyl toy world, and now an irreplaceable part of the VeVe metaverse. He has been crushing it for decades, and his enthusiasm towards NFTs and the digital revolution is inspiring to say the least.

If you listened in last night, or have ever encountered Frank in the wild, you know he is an artist that will always go above and beyond for his fans and colleagues. Listening to his stories and his advice is pretty much priceless. I first interacted with Frank in the drymounted old pages of Expresso Beans, an online poster database specializing in concert prints, and it really set the stage for me as a fan. Throughout the years, I’ve held his paper and his plastic in my hands, and now with the new digital releases, well I guess I’ll just be holding my phone, but it will still be fun and exciting, and I will love it.

Although tomorrow only brings the debut of Series 1, Frank has said that his plans with VeVe are long-term, and we can expect to see his work on the platform well into 2023. In addition to Kid Robots ever popular Labbit, we will also likely be seeing other 3D characters as 2D poster artwork. Personally, I have my fingers crossed to see the digital debut of the cute and colorful killer Piggums, in all his glory.

And look, I made it through this whole article without mentioning Soundgarden or Nirvana.

Rabbits Series 1 releases today on VeVe at the standard time (8:00AM PDT and 11:00AM EDT). Catch the drop page for all the details. Don’t get smorked and let these Labbits get away.