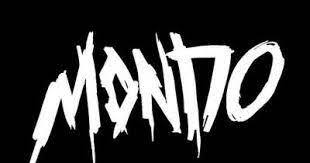 They say you always remember your first love. Butterflies in your stomach while spamming refresh. The intoxicating aroma of Screen-printed ink. Long, sleepless nights on the sidewalk. For me, that someone special was Mondo.

Hailing from Austin TX, Mondo is the undisputed heavyweight champion in the collectibles world. What started as a small t-shirt shop in the Drafthouse Cinema, is now recognized by pop culture fans and film studios across the globe. While they release many awesome collectibles, such as Toys, Pins, and Vinyl records, they are well known for inventing the Alternative Movie Poster.

And for their first venture into NFTs and digital collectibles, that’s exactly what we’re getting—Movie Posters. I can’t think of a better way to display these posters than the soon-to-be, new, and improved VeVe showroom. It’s pretty much a match made in heaven.

Starting Saturday morning, you have a chance at picking up three, new collectible posters featuring cult favorites films: Bill and Ted, Jaws, and Back to the Future. Longtime Mondo fans may recognize the art, although this time, we’re seeing it in colorways exclusive to the digital format. For Series 1, of hopefully many, Mondo and VeVe are showcasing the illustrated work of Matt Ryan Tobin, artist duo Phantom City Creative, and Philadelphia’s own, Tom Whalen.

On a personal level, this is pretty much a dream come true. I’ve been to Austin five times for gallery shows and MondoCon. I’ve made lifelong friends and grown closer to my brother from collecting Mondo. I’ve even gotten a VIP limo ride around Nakatomi Plaza for a special Mondo Mystery Movie screening of Die Hard. And yes, the limo driver was also erratic and almost ran us off the road. Movie accurate!

As always, this is gonna be a tough one. The first Mondo NFTs will be remembered forever, hopefully to be archived eternally, alongside some of their paper counterparts.

Also, they should have picked Dave Perillo.