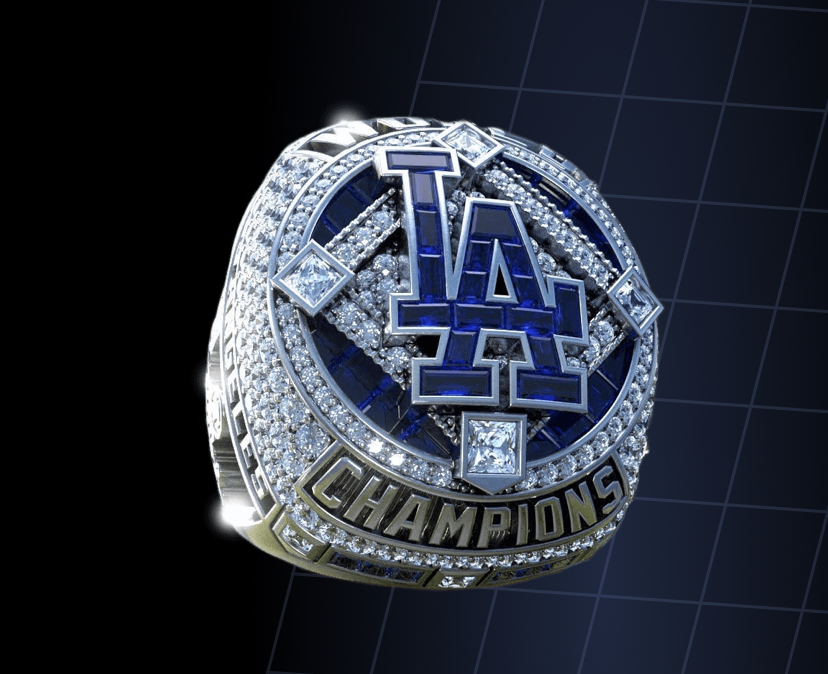 It’s All Star Week and your dreams of becoming a World Series champion can finally come true! Well, maybe you were not part of the team, but at least you’ll have the ring to show for it.

Candy, a promising new player in the Sports Collectible world, is set to launch their second NFT project starting tomorrow. This time, they’ve partnered with masterminds RTFKT Studios (of world renowned Meta Pigeon fame) to bring us a replica championship ring from the 2020 Champions of the World, the Los Angeles Dodgers.

This unique 1 of 1 NFT is slated to go on auction and includes some real-world counterparts. In addition to owning the blinged-out collectible, the winner will also receive a physical ring and VIP first pitch experience at Chavez Ravine, also known as Dodger Stadium. I’m not sure what the first pitch experience entails, but as an 18-year resident of LA and a diehard Doyers fan, it sounds nothing short of amazing.

But, if you are like me, and literally everyone else in the world except for the one lucky winner, you still have a chance at owning a cool NFT celebrating the 2020 victory. The Dodgers World Series Medal will also be available in an open edition, which means everyone has an opportunity to buy it, for the low price of $20.20. You heard that right, you can own a piece of Dodgers history for about the same price as a stadium hot dog and beer.

So, if your pockets are deep, and you bleed Dodger blue, step up to the plate and take a swing at this unforgettable piece of sports memorabilia.