November 6, 1984: in prime time on election night with polls still open in some states and only 10% of the votes counted, CNN reports that it is clear to both the Reagan and Mondale campaigns that Ronald Reagan will win re-election.

The result was a landslide, with Reagan winning the most electoral votes in history. Walter Mondale and his running mate Geraldine Ferraro, the first woman nominated to a major party’s presidential ticket, only narrowly won Mondale’s home state of Minnesota and the District of Columbia. Reagan’s campaign emphasized a strong economy and national security. Many analysts credited the victory to “Republican Democrats” swayed by these issues, which has become something of a blueprint for the Republican party, and a strategic theme that has continued through 2020 and beyond.

This special edition NFT comes with a physical frame by Infinite Objects that we will ship to you to display the CNN Moment along with the race to 270 election results map and presidential trivia. This unique commemorative item remains yours as the original buyer even if you sell the NFT. The custom frame also includes special edition details on the back with a QR code to your individually-numbered CNN Moment. 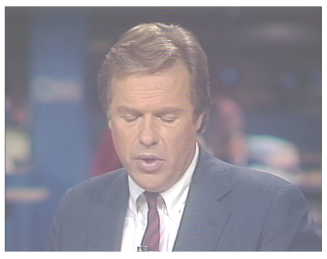