"PsychoKitties" are 10,000 unique, algorithmically generated metaverse characters from 96 hand-drawn traits with different levels of rarity. No two PsychoKitties are exactly alike, and each one of them can be officially owned by a single person on the blockchain.

Created in a failed lab experiment these special kitties were quick to escape. With their exceptional ability to manipulate people and time travel, they scattered across centuries. Using their immoral anything-goes mentality and unpredictable nature, a vast number of them were quick to achieve positions of power. Followed by decades-long conflicts within the PsychoKitties race a jealousy-driven opposition group emerged with a single mission of bringing down their power-hungry counterparts. Now is your chance to step into the metaverse and overtake the mind of a mighty PsychoKitty. However, the question remains, which side of the supreme race will destiny take you? 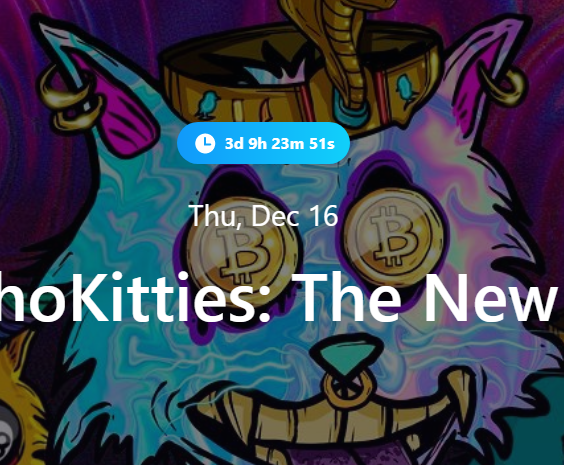