Pia Mia and her NFT partners created D1AD3MA to explore creativity and identity and how they can both exist in the metaverse as cryptographic art. “We discussed a powerful but feminine character which we created together as a team, drawing on classical and mythological references along with future-nostalgic aesthetics. Pia also wanted a companion so we created her trusty pal, “Gemmy”, based on an axolotl.” – Ben Ditto. The dance routine in the video was choreographed and performed in a motion capture studio and then mapped onto a rig that constructed the avatar. With a Birth-of-Venus style narrative, the performance was set in a fantasy world that grew to the size of a galaxy in the palm of Pia’s hand! The process brought together state-of-the-art software and traditional performance to create a magical set of images and film as NFT artworks. 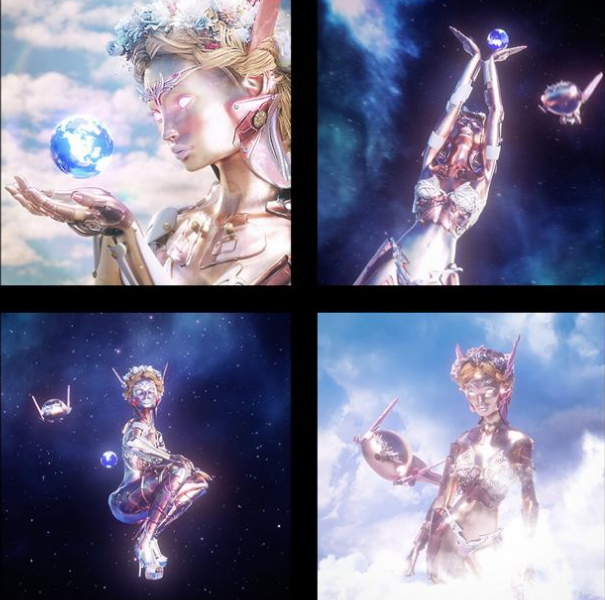