10,000 Genesis Mechs built for competition and ready for the Metaverse. Whitelist Mint: January 18, 2021 Waitlist Mint: January 19, 2021 Public Sale: January 20, 2021 Mint: 10,000 NFTs at 0.08 ETH Description: The genesis Mechs of the MechArcade are 10,000 giant mechanical robots. Each mech is a unique 3D champion rendered from a combination of over 160 different properties including battle ready builds, slick paint designs, and handheld items with game mechanic traits and stats. With a community-first approach, MechArcade will be establishing a community-directed treasury seeded with funds from the first 10% Mechs sold (80 ETH) along with an additional 10% of proceeds after sell-out and 66% of secondary sales. MechArcade will also be donating ~20 ETH to our artist-selected charities, Take This Inc. and Rainforest Foundation US. The Genesis Mechs are built with a focus on interoperability and gaming. Holders will be given full ownership and access to their Mech's files that can be imported across a variety of game engines and metaverses. In addition, MechArcade will be introducing new tokenomics with BOLT$ that can be used for upgrades, blueprints, and buildings for custom Mech creations. After releasing single player games and puzzles for Mech Owners to earn BOLT$, MechArcade will aim to release a multiplayer PVP battle system built on top of the MechArcade game assets along with a Guild Lending Program.
Log in/Sign up to use the "Add to Favourites ❤️" feature 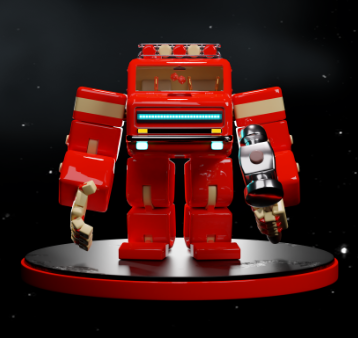