Legends of the Gridiron: Jerry Rice

The Sports Illustrated x Jerry Rice drop is the third in the Sports Illustrated NFT collection. With his second Sports Illustrated cover appearance on January 15, 1990, 36X NFL record holder, Rice, continued to cement his status as one of the most dominant players in the game. The cover celebrates the 49ers crushing playoff victory over the Vikings and Rice's epic performance in that game. This moment in time offers a small window into Rice's 21-year, Hall of Fame career. He is known as the most prolific wide receiver in pro football history, holding league records in all major categories including receptions, receiving yards, touchdowns and more.

Appearing on the cover of Sports Illustrated, the most widely distributed sports magazine in America, is a watershed moment in any athlete’s career—suddenly turning a sports moment into a national one and launching an athlete into the collective awareness. Now in the digital age, Sports Illustrated is once again memorializing the next phase in celebrated athletes’ careers—their first time appearing in an NFT.

With blockchain technology making digital collectables possible—and to complement the nostalgia we feel for the bygone era of these football legends—the Sports Illustrated NFT Collection hearkens to the original collectability fads of yesteryear: action figures. Each legend in this collection is a hero to so many, and now as NFTs, they are memorialized as such. 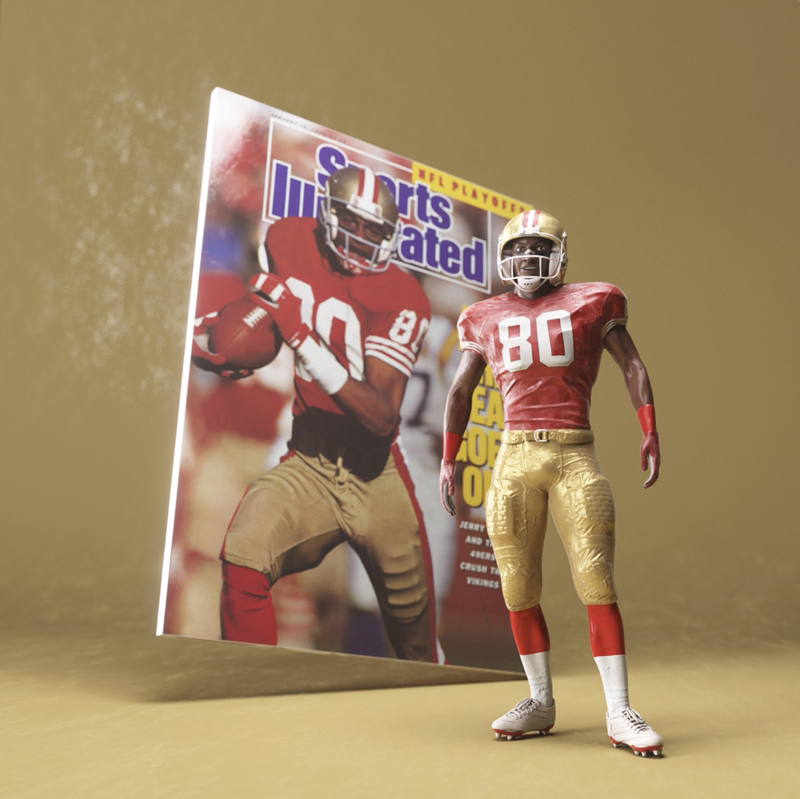