Heart attack came about from three separate events that all had the same effect on me more or less. I’d really hurt the girl I was seeing in the months she was away, and I went to her house to talk through everything. I realized pretty quickly it wasn’t going to be a favorable discussion though, she’d made up her mind and I wasn’t in any place to try to convince her otherwise, so I left with my eyes full of water and cried in the car for the better part of an hour. Weeks went by without seeing her, but then I eventually did at a friends birthday and it was like getting sledge hammered in the chest. I’d started seeing someone else around that time, which in hindsight was really irresponsible because my heart wasn’t nearly settled, so it just led to a lot more stupid sadness for everyone involved. Really all this music from the first half of Cherry is just the product of me being an idiot boy that couldn’t see beyond his own nose too well. Like this song is so sad but you can’t really pity someone that orchestrated their own pain. But don’t worry, the room gets brighter the further you walk into it and we have a lot of room left.

This is the version of Heart Attack I was originally going to go with before I sat with it for a few weeks and completely reproduced it from the ground up. It didn’t feel right to not have this version exist somewhere so I’m glad you’ll have it here. All holders of this drop will be airdropped an edition of the final version when it’s released on my site later this year. 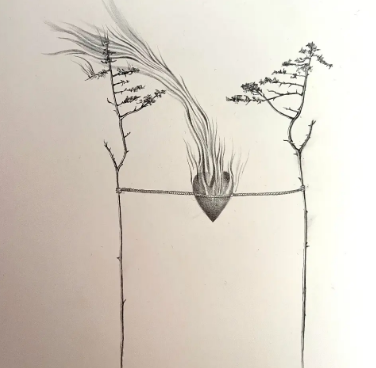