Dead Knight is more than just collectibles. It is an 8-bit Play-to-earn RPG NFT game taking place in a fantasy medieval world. It is also an inspiration and a character in the gaming metaverse, where you can use your Knight to participate in the game's special features, particularly the Play-to-earn mechanism

After an incident called The Scourge, the people in Vela kingdom were cursed and turned into Undead. They are out of the circle of life and death. However, after each reincarnation, the Undead gradually lose their mind and finally become insane. With the belief that Sinners – the powerful monster born from the soul shards of the Great Demon Alvin – are the key to finish the curse, a group of sane Undead called The Dead Knight gather around to annihilate them. 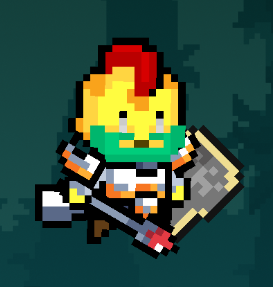