CryptoKoalas are a CryptoArt project with super-cute Koalas all living forever on the Ethereum Blockchain. 10,000 unique collectible Koalas with proof of ownership can be claimed and traded as NFT (non-fungible tokens). No two are exactly alike, and each one of them can be officially owned by a single person via their Wallet

All CryptoKoalas are programmatically generated based on handcrafted Pixel Art. This project wants to celebrate and move forward the modern CryptoArt movement. It is also a tribute to its predecessors like CryptoPunks or MoonCatsRescue! However, we think our Koalas are the cutest things on the Blockchain :) 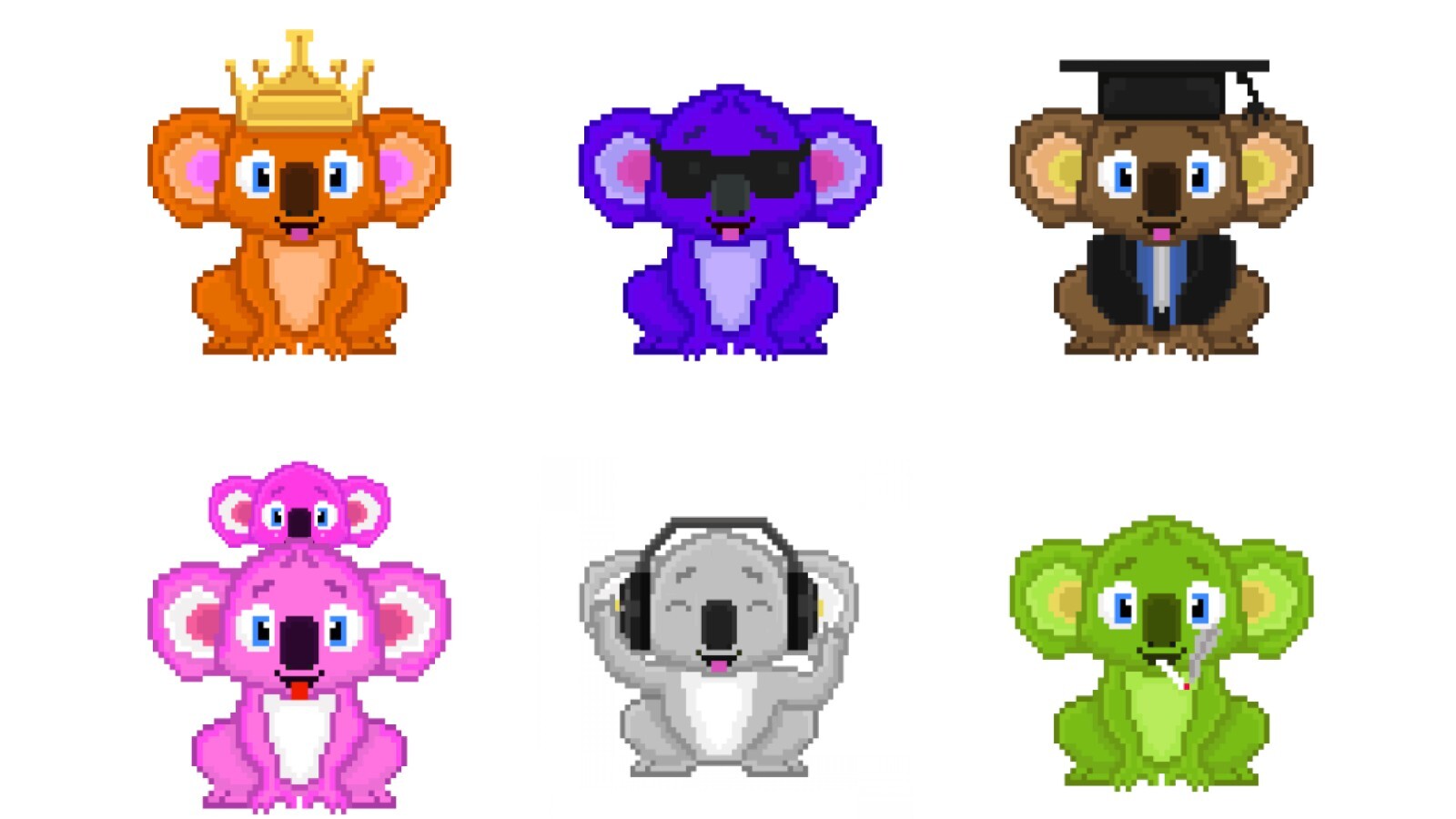