From Friday, September 10th, the day before the anniversary, until Monday, September 13th, Pascal Campion's commemorative “9/11: Then and Now” is available for sale as an NFT, with all of the net proceeds going to the nonprofit  9/11 Day. The organization, which was founded in 2002, works with a range of partners, such as the 9/11 Memorial & Museum and the City of New York, to organize an annual day of community service in honor of September 11, 2001. In addition, 9/11 Day helps provide free lesson plans to educators and parents; deliver freshly prepared meals on September 11th to thousands of first responders, in partnership with World Central Kitchen; and coordinate large volunteer hunger-relief service projects in cities throughout the United States, in partnership with AmeriCorps.

*Net proceeds are calculated as the total sale price, less platform fees, artist royalty and other transaction and related costs. 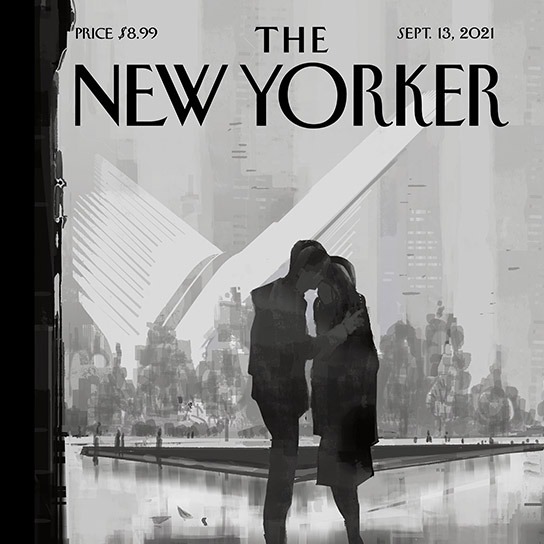